Efficiencies come in many forms when building a bespoke home, but it is perhaps keeping things local and incorporating the use of materials manufactured in a controlled environment that helps most to reduce the cost of building. It’s also about using smart design and working around a material’s set properties rather than against them. 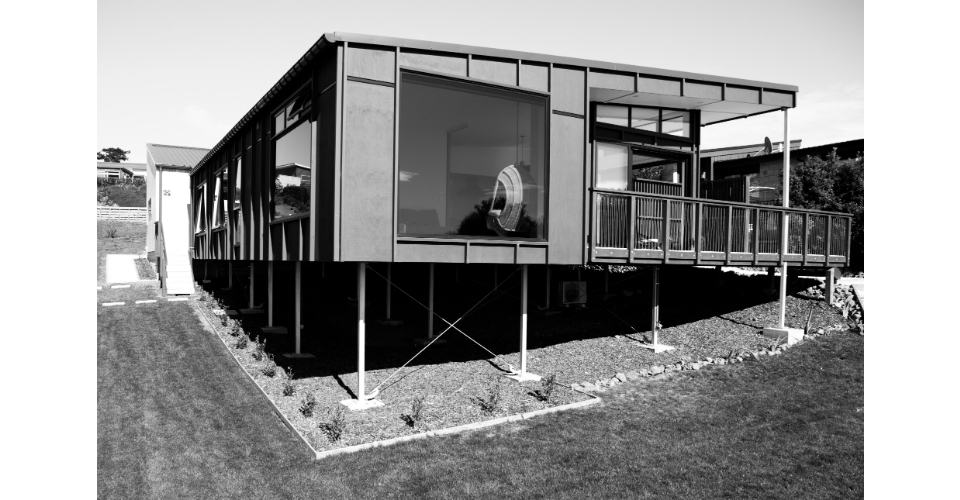 “Using prefabricated materials is much easier to do with large scale multi-dwelling projects because material properties can be designed around,” architectural designer Adam Taylor says. “But we are seeing this concept translating into architecturally designed homes too and I think it’s something that the wider market is heading towards as a result of the cost of building.” Using modulated systems for aspects of a bespoke home is something that can easily be achieved, but only if it is done in the early stages of the design. These types of materials not only eliminate wastage by doing away with off cuts that end up in landfill, they can also significantly reduce time on site, and often, eliminate the need for various trades at the same time.

“The issue is, designing around materials can be prohibitive in complex architectural builds, but there is always a way to incorporate some of these aspects into a design if it is well thought out,” Adam says. “That could mean using insulation that is a set size so that batten layout can be configured, while the lighting design is also worked out an early stage, so on site the insulation fits exactly between the ceiling battens allowing for quick installation on site. If you are able to deal with things like this early on, there is no wastage and the on site installation is quick, which can reduce the cost of the overall project.” 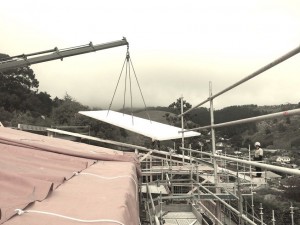 Using prefabricated structural systems that double as a finished floor or ceiling as well as insulation is something else that people can consider to reduce the cost of building, Adam says. “That could mean using a cross laminated timber system like X-Lam, which is both a substrate, a structural floor and a finished floor. Products like this eliminate numerous trades and mean cost is reduced not only because of the labour required on site, but because one product is used for three different purposes.” Prefabricated roofing panels are another option that are being considered more across the market. Known as ‘sandwich panels’, they are a prefabricated roofing system, which provide insulation and double as the finished ceiling as well as roofing iron. “This eliminates the need for ceiling battens, stopping, GIB and painting because it’s a complete system. This isn’t everyone’s cup of tea from a design perspective but it is smart building and it’s something we are seeing more and more of.”

Staying local is another way to reduce potential building cost and at the same time the embodied carbon footprint of the dwelling. This can mean simply using New Zealand timbers, or local tradespeople. “More importantly than that is looking at the context of the site and its natural surrounds. If you’re looking at the landscape, the gravels, the local stones and working those elements into a design, you’re going to end up building more efficiently than say moving schist from Otago to a North Island site. I think it’s important to consider a local contextual architectural perspective and when you have the choice to use local materials, that should always be the preference.”

It’s Adam’s belief that both looking to the local environment for aesthetic and materials, and where possible incorporating prefabricated materials such as roofing or flooring systems that double as finished ceilings or floors and eliminate various trades is where the New Zealand building methodology is headed. “That will start to translate more into the bespoke, high-end of the market too,” he says. “At the moment, it’s a really small part of the market, but that’s changing, and it’s a way forward for cost and building efficiencies in future.”

Article written by and featured on ArchiPro.